Things to do in Isfahan, Activities, and Attractions

Isfahan is the first city that comes to mind when speaking of Iran. Isfahan is the third largest city in Iran after Tehran and Mashhad and will give you a taste of modern life and the history of the country. Known as Nesf-e Jahan (meaning half of the world) by locals, Isfahan is the cultural capital of Iran. Isfahan is the birth place of many Iranian artworks and handicrafts as well. This city is surrounded by deserts such as Mesr desert and Varzaneh desert. The various types of activities available in Isfahan have made it one of the most popular destinations in Iran and many tourists’ favorite city.

What to see in Isfahan: Historic attractions

Isfahan is known as the cultural capital of Iran. Its other name, Nesf-e Jahan, meaning half of the world refers to the existence of several historical monuments in this city. Isfahan became the capital of Iran during Safavid dynasty and many significant monuments were built in that era.This city impresses every visitor with the magnificent architecture style of its monuments and will become the highlight of your trip in Iran.

Naqsh e Jahan is the most famous landmark of Isfahan. Naqsh-e Jahan is the second biggest square in the world. This former polo field was built during the Safavid dynasty and is surrounded by 3 amazing monuments and a traditional Bazaar. Taking photos and riding in carriages are other available activities in this square besides visiting monuments. 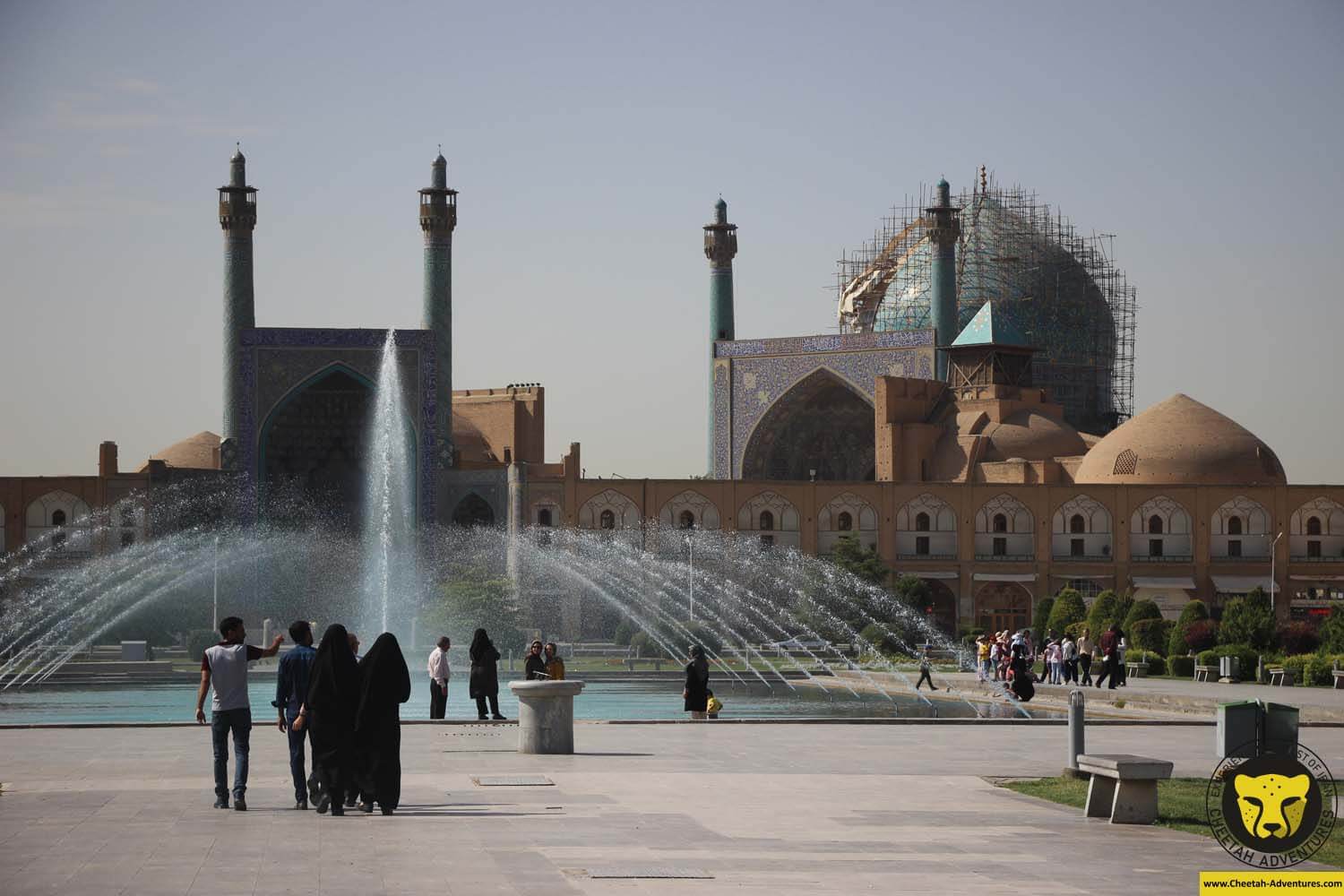 This stunning palace was the official residence of the rulers of Safavid dynasty. This lavish palace has 6 stories all of which are emblazoned with frescos, mirrors and stucco. The unique acoustic room on the 6th floor is the most significant part of the palace. The room is meticulously designed for playing music and the stuccos on the walls and the ceiling are shaped especially to improve the quality of the sound. 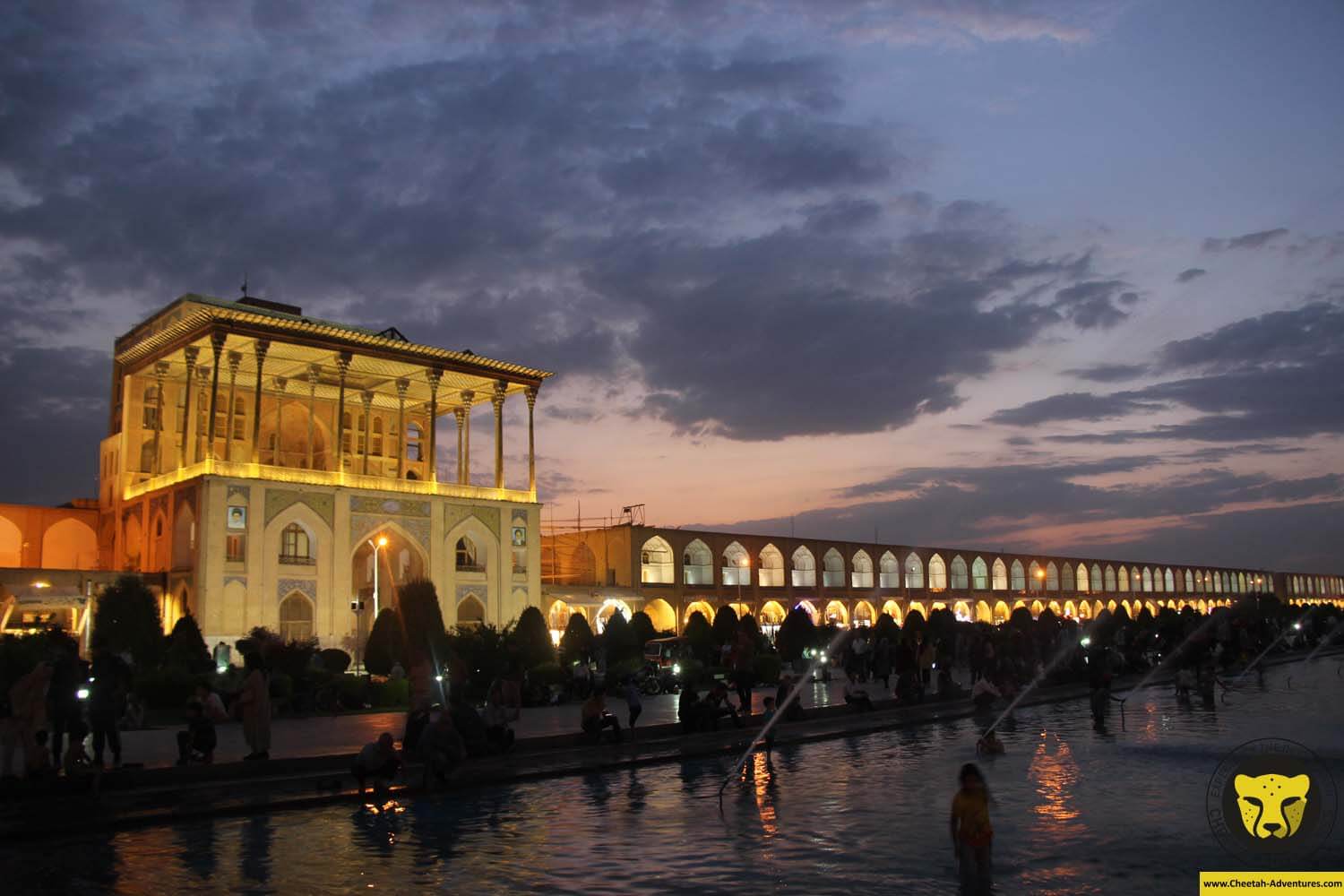 The first thing that catches your eye looking at this mosque is its great doe and the lack of minarets. Built for the king and his family during Safavid era, Sheikh Lotfollah mosque is one of the most beautiful and unique mosques in Iran. The stunning tile work and the lights inside evoke every traveler’s sense of admiration. No mistakes have been found in the architecture of this mosque to this day. 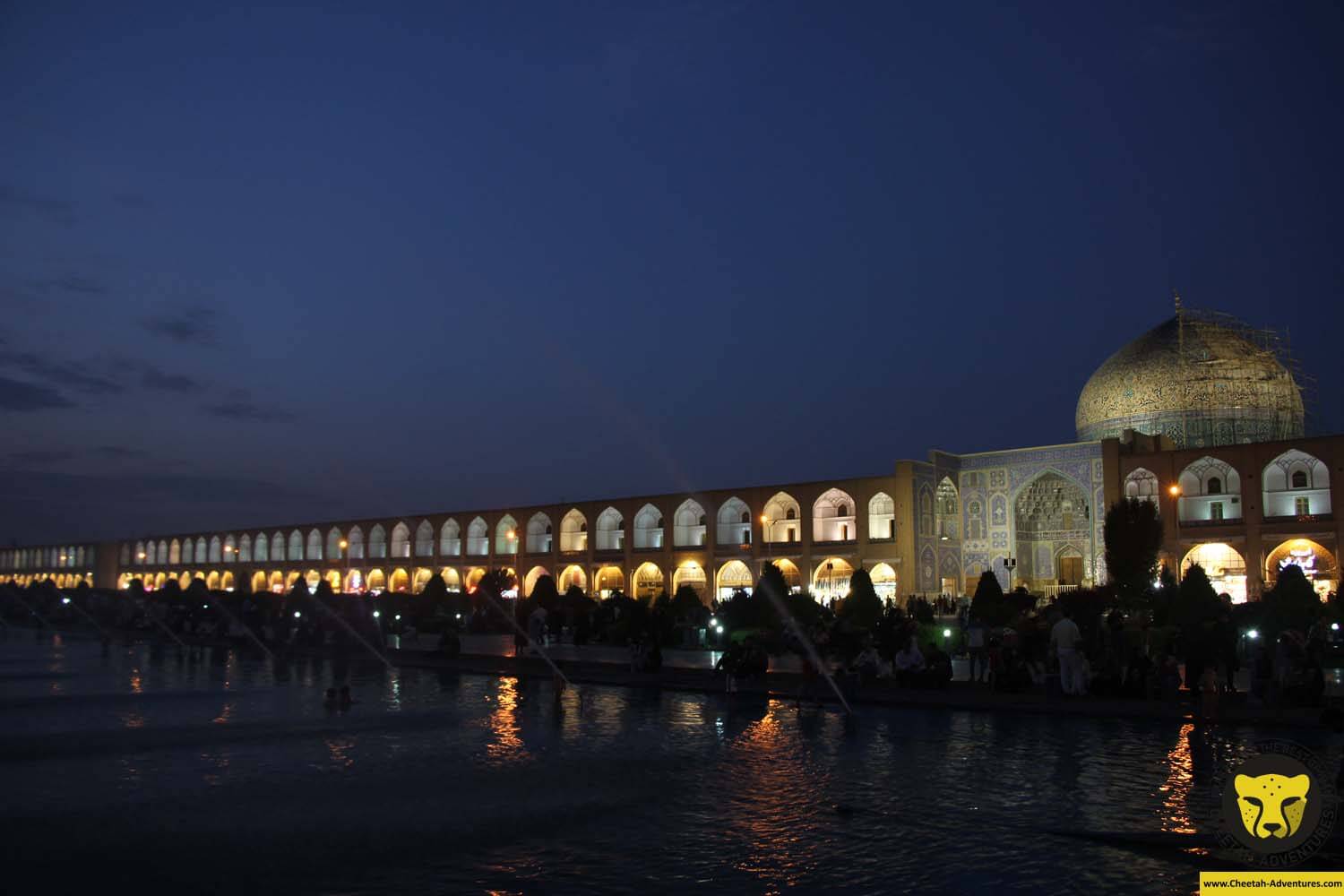 Qeysarie Bazaar is the grand traditional bazaar of Isfahan. This bazaar also belongs to the Safavid era and is located in Naqsh-e Jahan square. You can find all kinds of souvenirs and local products in this bazaar. 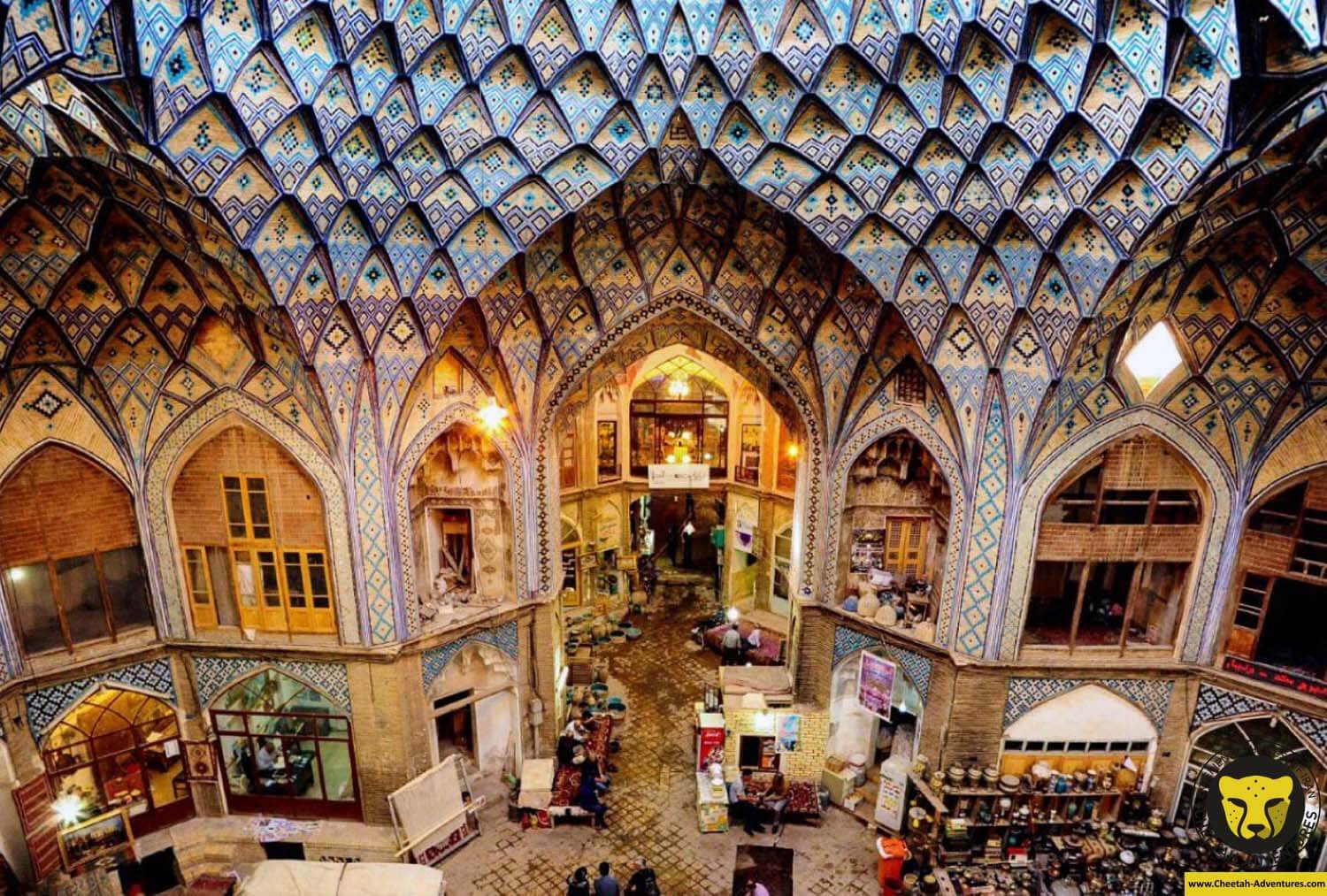 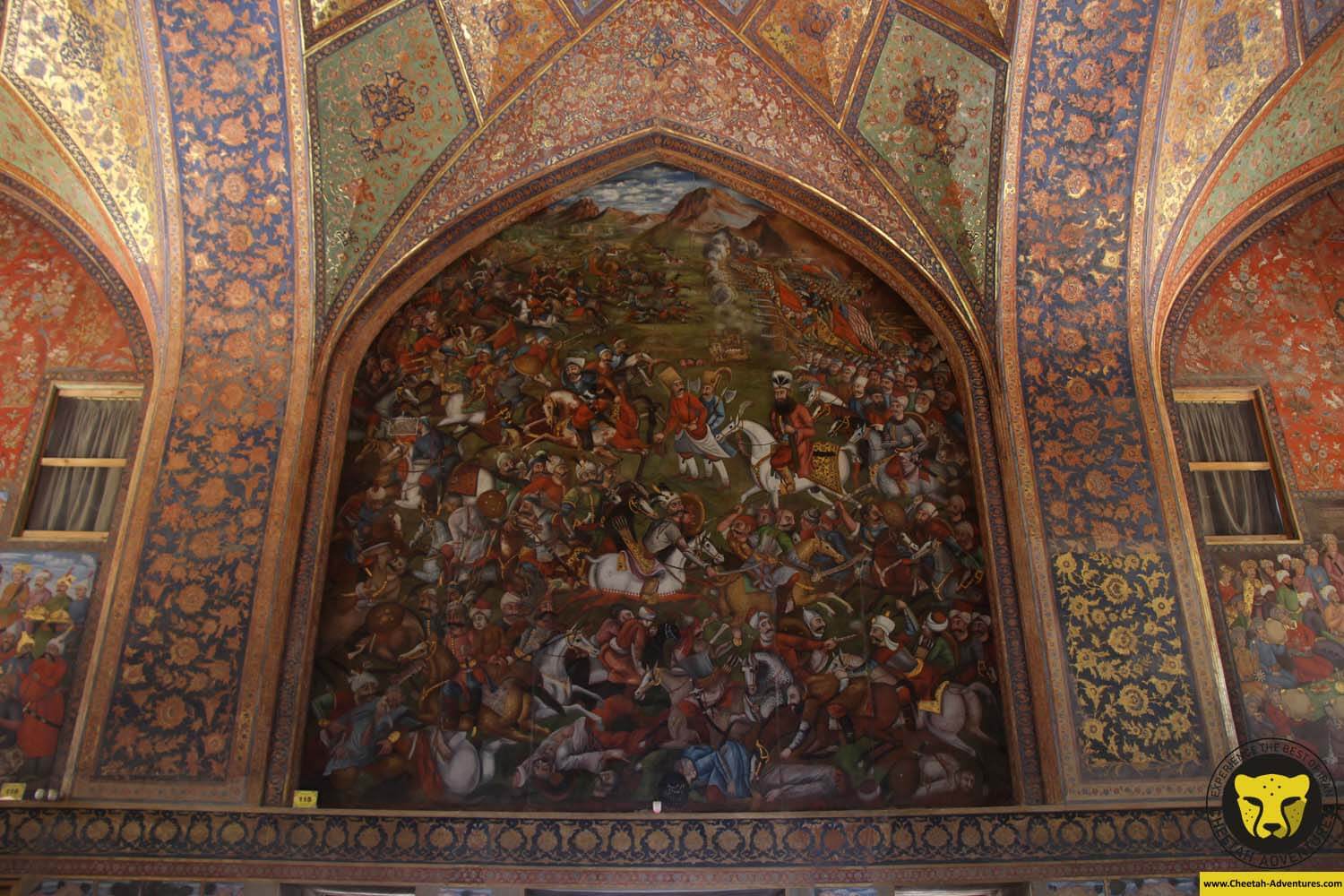 Painting on the walls of Chehel Sotun Palace, Isfahan

Belongign to the Seljuq dynasty, Jameh mosque of Isfahan is the oldest monument in this city. The amazing tile work and Muqranas work add to the beauty of this mosque. 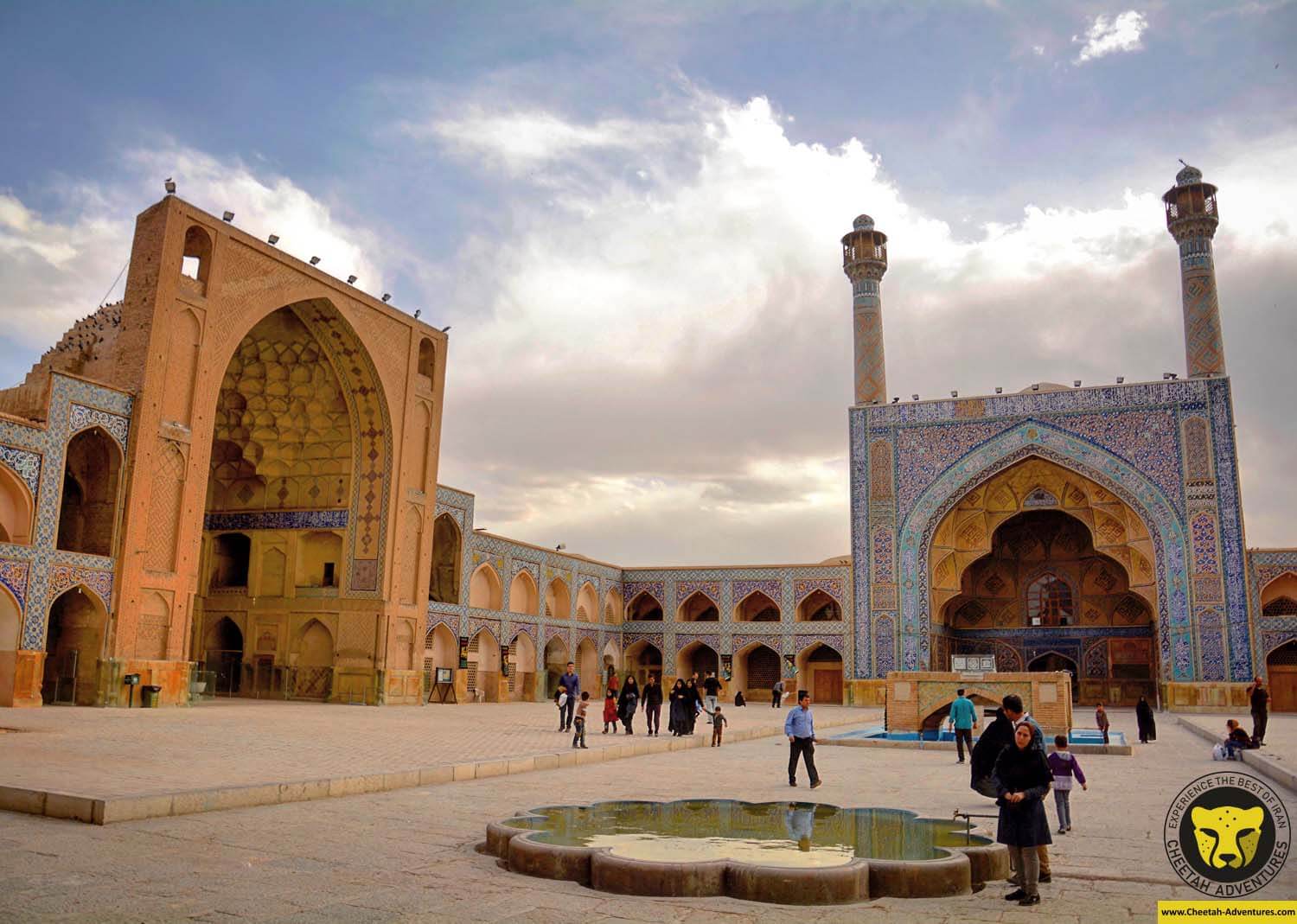 Located in Jolfa neighborhood, the home of the Armenian/ Christian minority of Isfahan, Vank cathedral is one of the 13 remaining cathedrals in the town. This cathedral is a fusion of the Italian and Iranian architecture style with the interior embellished with Christian frescos and Islamic tile work. There’s also a memorial in the yard for the genocide of Armenians in Turkey. 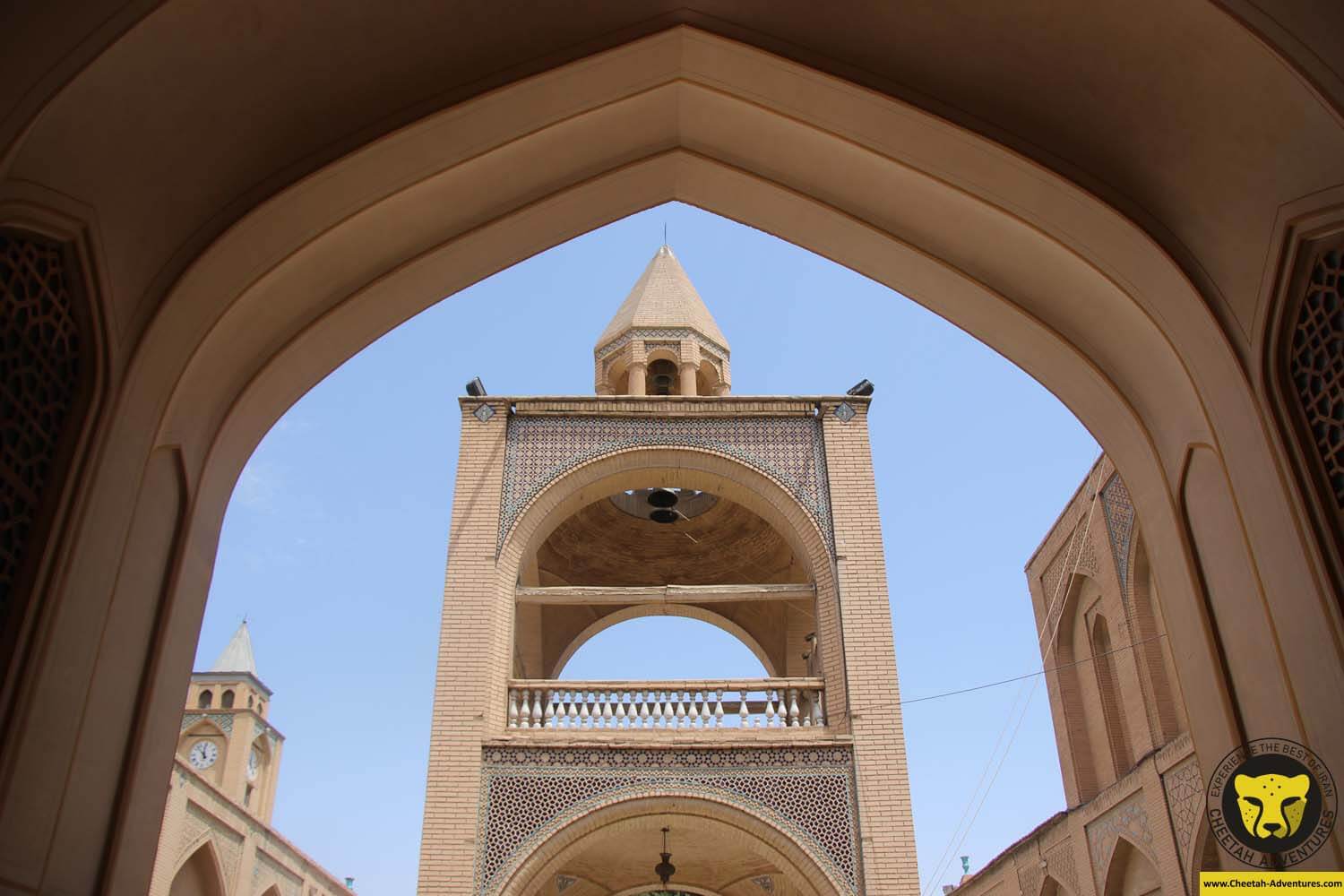 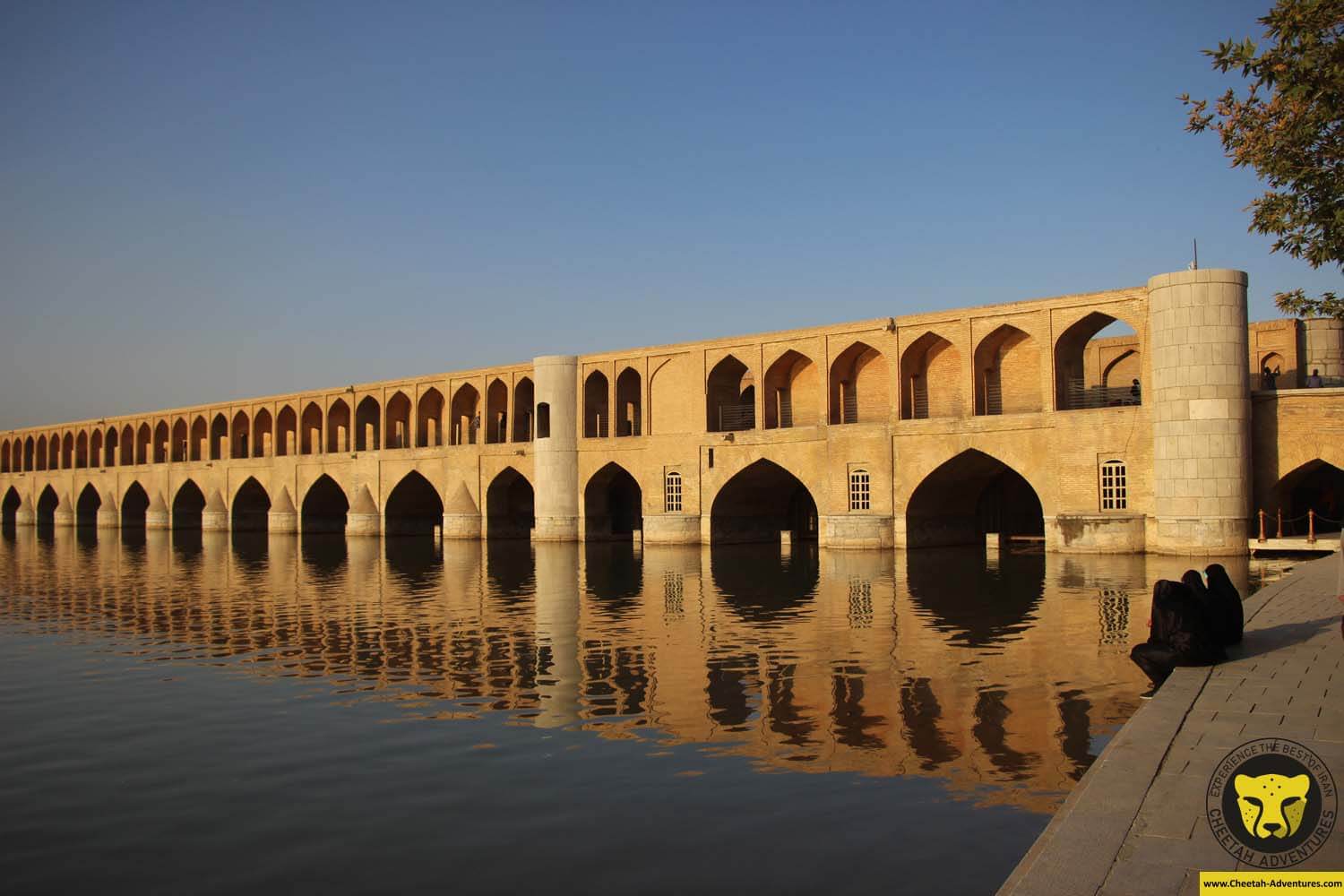 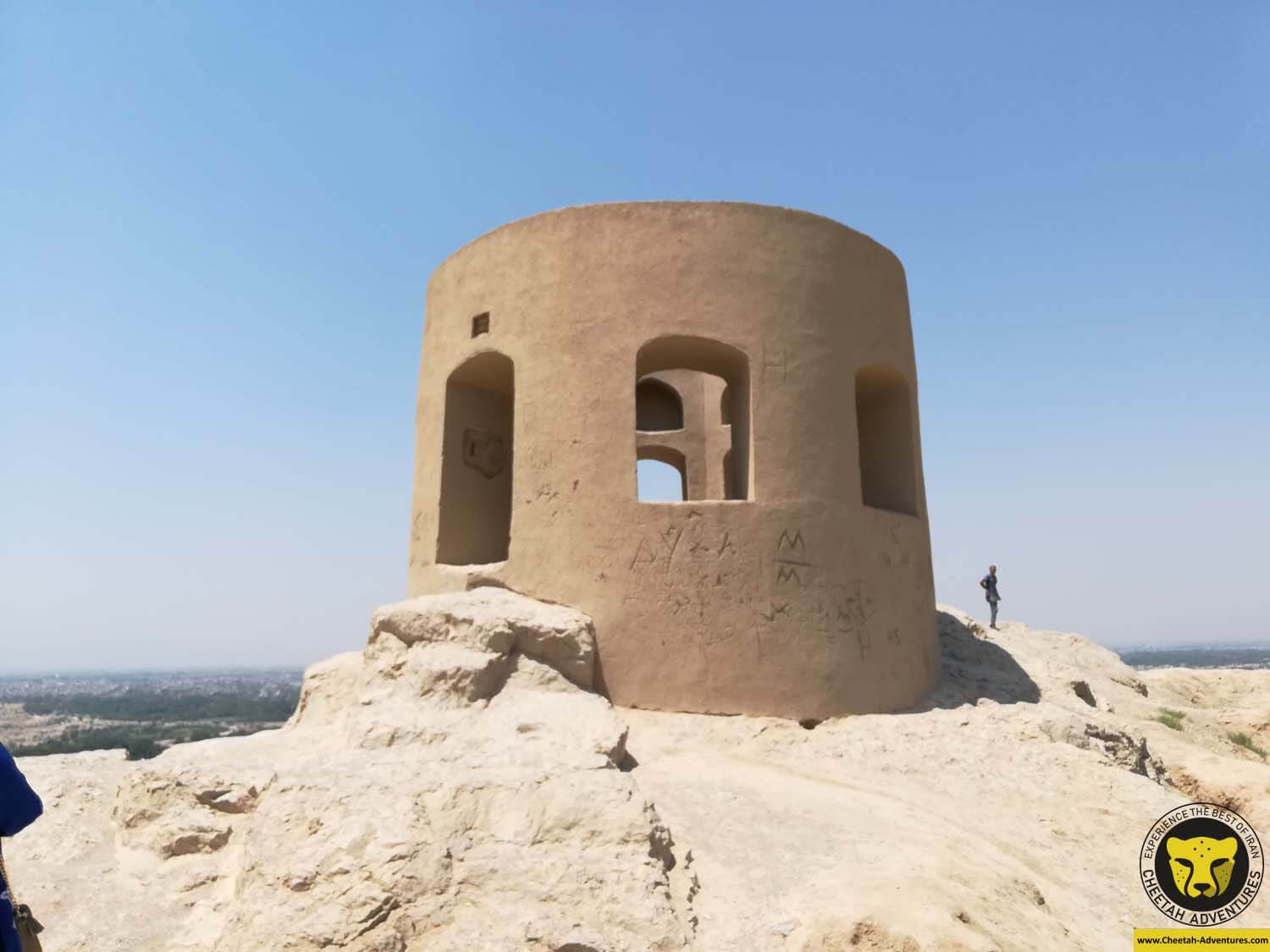 Pigeons were the only method of communication in the old times thus there were many pigeon houses sometimes housing more than 25000 pigeons at a time. These pigeon houses are tall towers designed in a way to prevent predator birds such as crows and owls from entering. The cylindrical shape of the tower causes the excretion of the pigeon to be gathered in one place and used in agriculture. As technology developed by time and new methods of communication emerged daily pigeon houses faded into history and now there are only a few of them left. 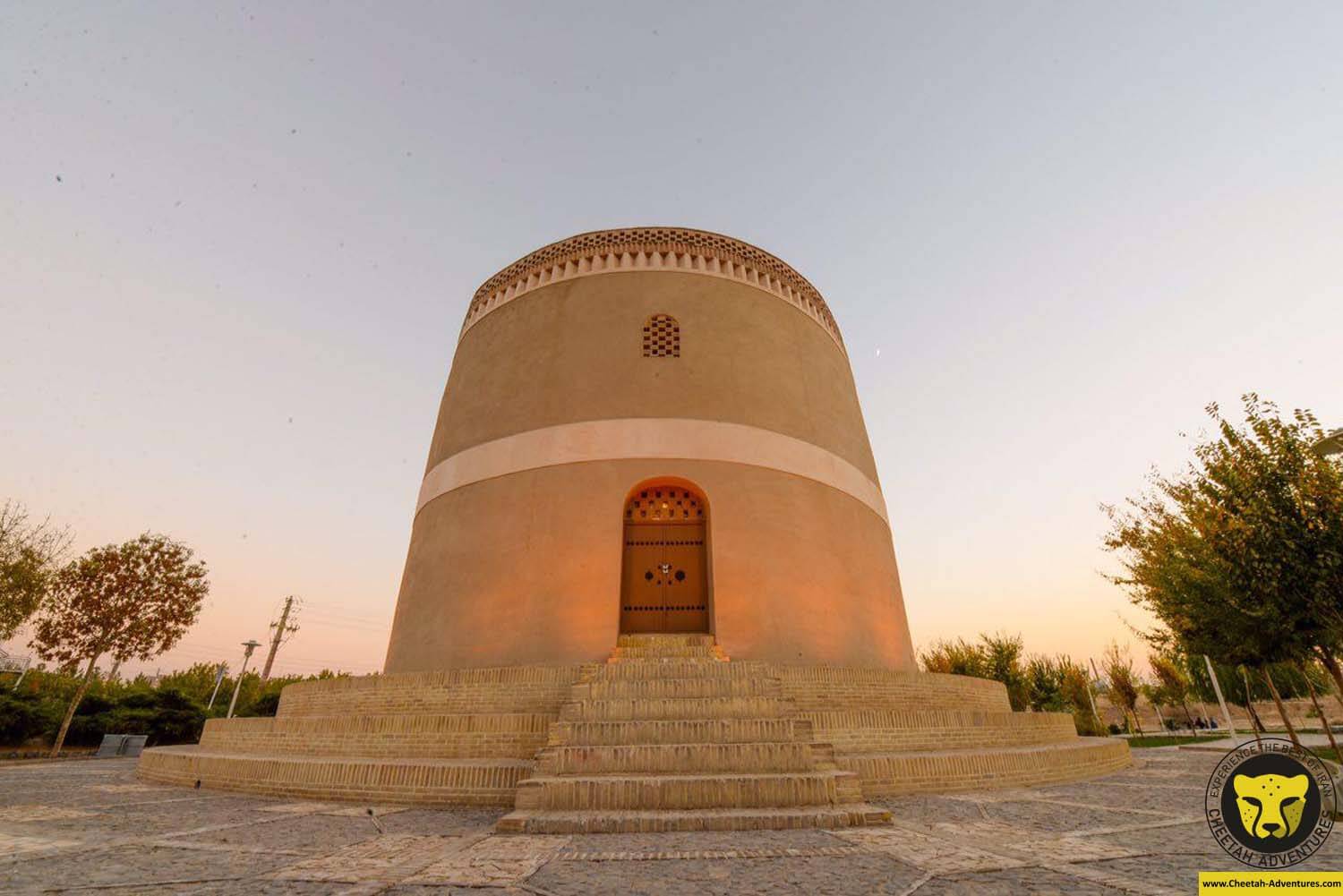 Khaju Bridge is another one of the historcial bridges built over Zayandeh River. Khaju Bridge was built by the order of Shah Abbas in order to facilitate crossing the river. This spectacular bridge was also one of the favorite hangout places of the king and his family and served as a dam. 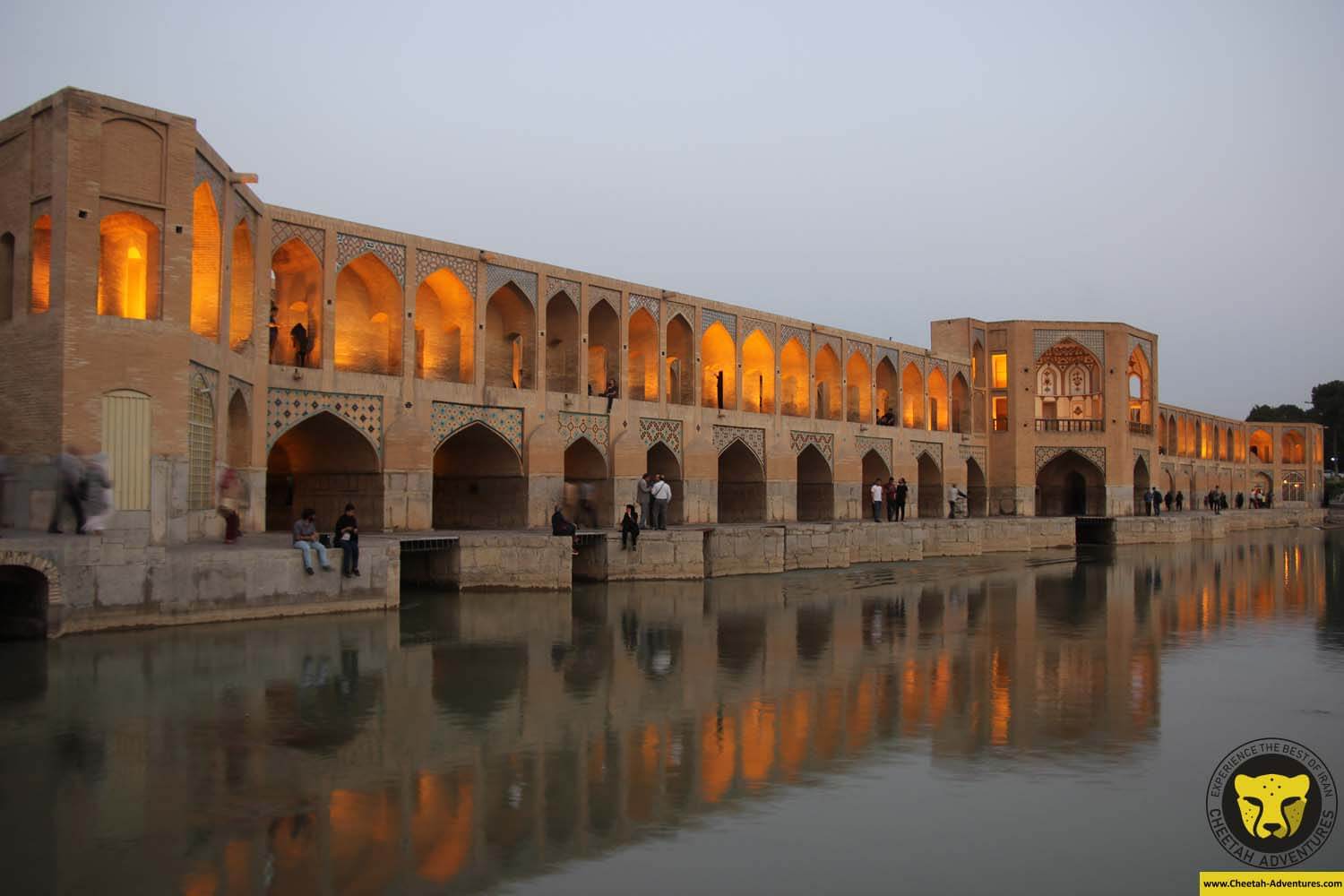 Customize your own trip to iran

Things to do in Isfahan

Walking through the Bazaars of Isfahan you can find all types of local sweets such as Gaz, Poolaki, Sohan etc. Isfahan is also the home of Iranian artworks such as Khatam work, Toreutics , different types of hand woven rugs and vitreous enamel that you can buy as a special gift for family and friends. 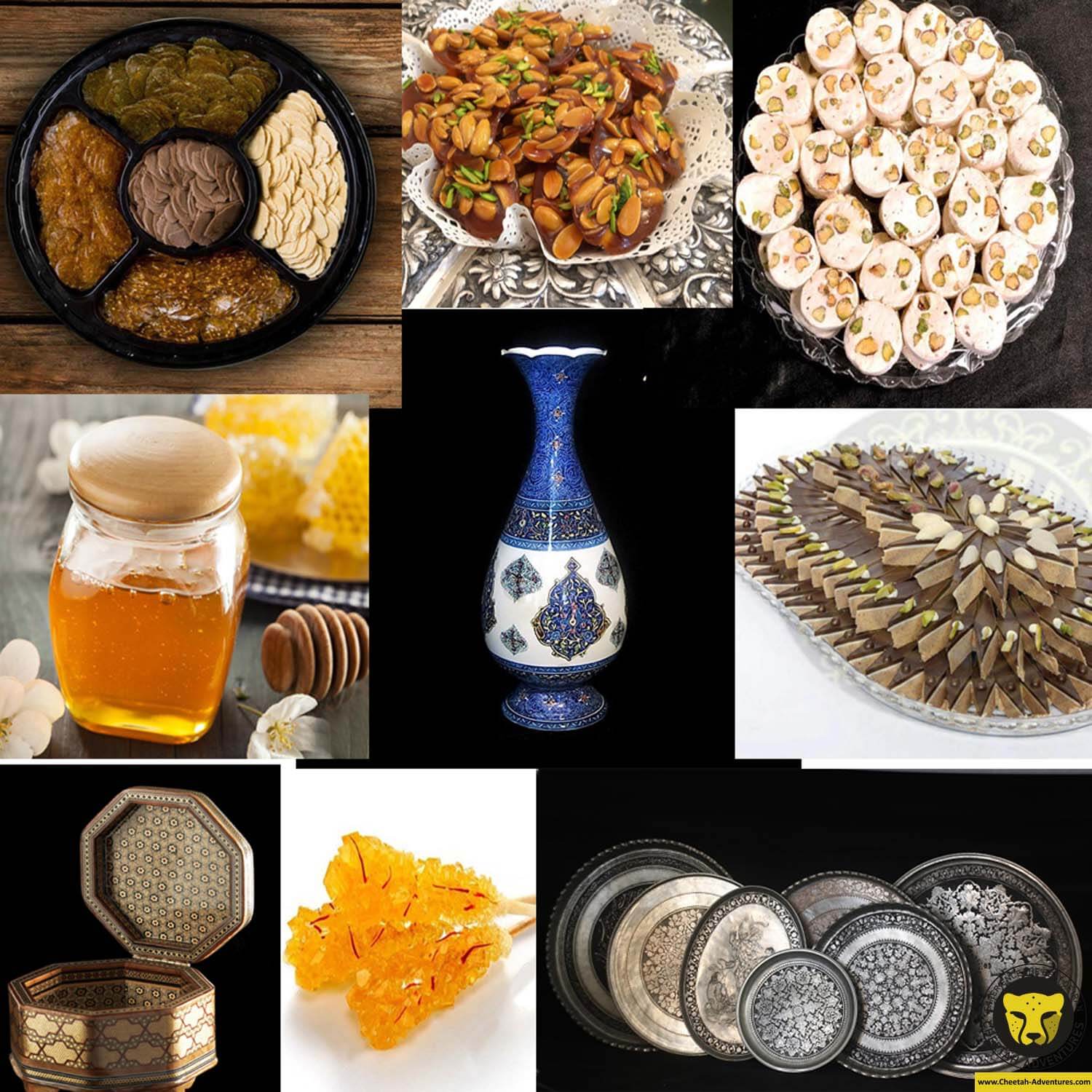