It is a common feature of volcanoes to have chimneys; these are vents through which sulfur gas escapes. The area surrounding the chimneys is often green in color and covered in sulfur too, and it is possible to stumble across hot springs in such regions. Damavand, the highest of Iran’s volcanoes, is not without these interesting geological features and you can find sulfur chimneys, greenish land, and hot water springs near its gaping crater. On windless days, if you happen to be passing along the southern face of Damavand, you will also spot a line of smoke going up from the side of the mountaintop. 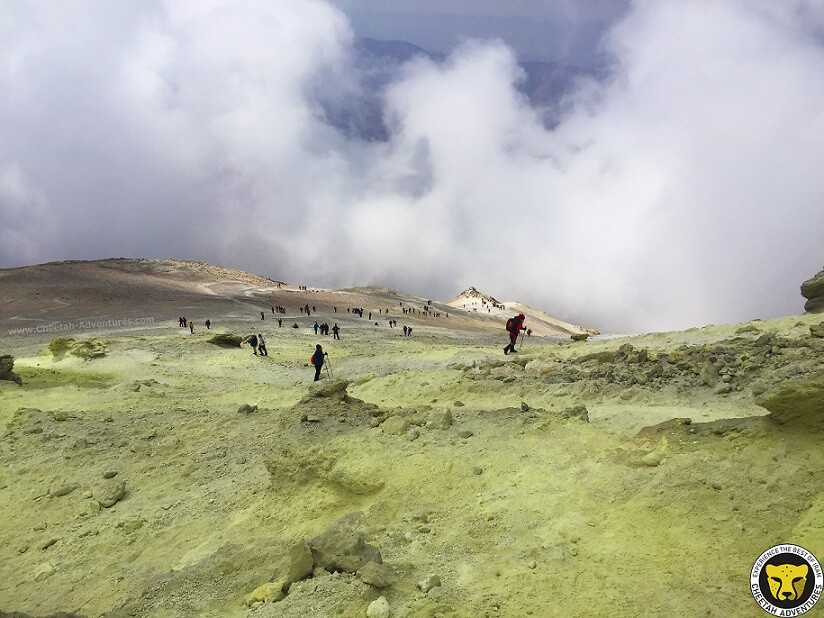 Damavand Sulfur Hill, laying down for 300 meters in between Damavand fake and real summit.

A common route of climbing to Damavand’s top is the southern way, in which lie the most famous elements of Damavand’s climb: the Abshar-e Yakhi (Ice Waterfall), hot water springs, the Fake Summit of Damavand, the Sulfur Hill, and the sulfur vents. One of the most interesting features of this mountain is its Sulfur Hill. Along the climbing route of this mountain, precisely after the point of the Fake Summit, the region of Sulfur Hill begins, and it extends up to the summit. The Sulfur Hill or Tappe-ye Googerdi begins at a height of approximately 5350 meters, where the greenish-yellow color of the ground’s soil gives it its name. Also, you will know you have reached the hills by the overpowering odor of sulfur. Here, you may also notice the gas chimneys where volcanic gas is released into the air. At the end of the Sulfur Hill region, near the mountaintop, you will reach large chimneys whose diameter reaches up to one meter. Due to these elements, the region has come to be called “Damavand Sulfur Hill.”

On days when the wind doesn’t disturb the line of smoke too much, taking photographs with the smoke line exiting the vents is nearly as popular as the photographs taken at the very summit.

In case you have chosen the Southern Route for your climb, and if you decide to have a rest just before reaching the mountaintop, we recommend taking a moment’s rest just before you reach the Sulfur Hill; that is, on the Triangle Rock aka the Fake Summit of Damavand. Furthermore, while climbing up, you can choose a route taking the direction of the wind into account so that sulfur smoke does not bother you. Still, the smoke will be bothersome to an extent and you can cover your face with a scarf. The time required to climb from the beginning of the Sulfur Hill until you reach the Summit is about one hour – of course, this depends on your speed as well. 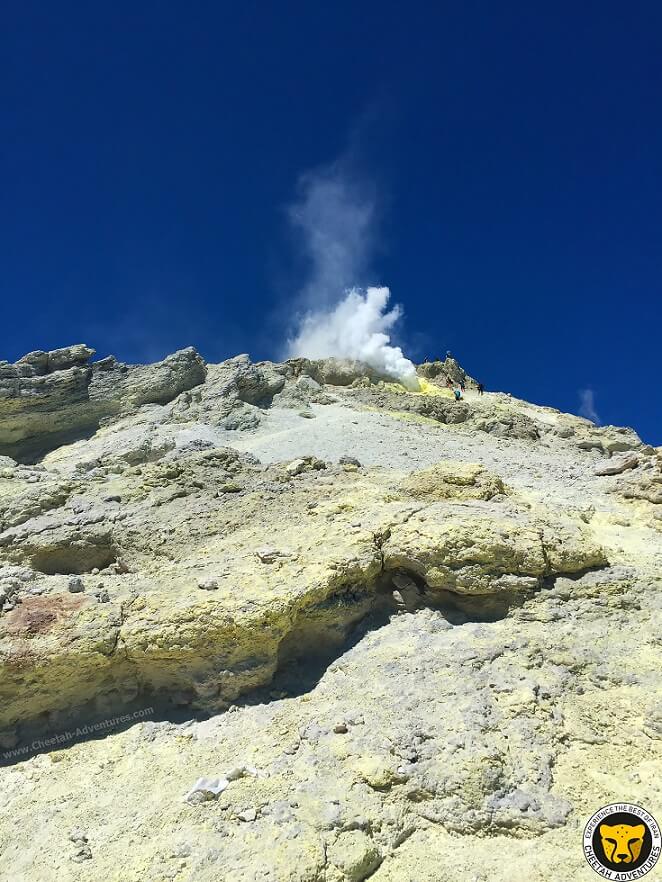 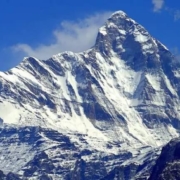 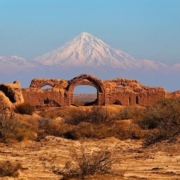 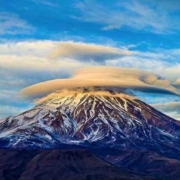 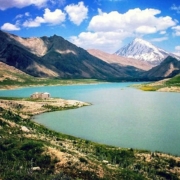 Best Mountains to Climb: Top 9 Peaks to summit before you Die!
0 replies